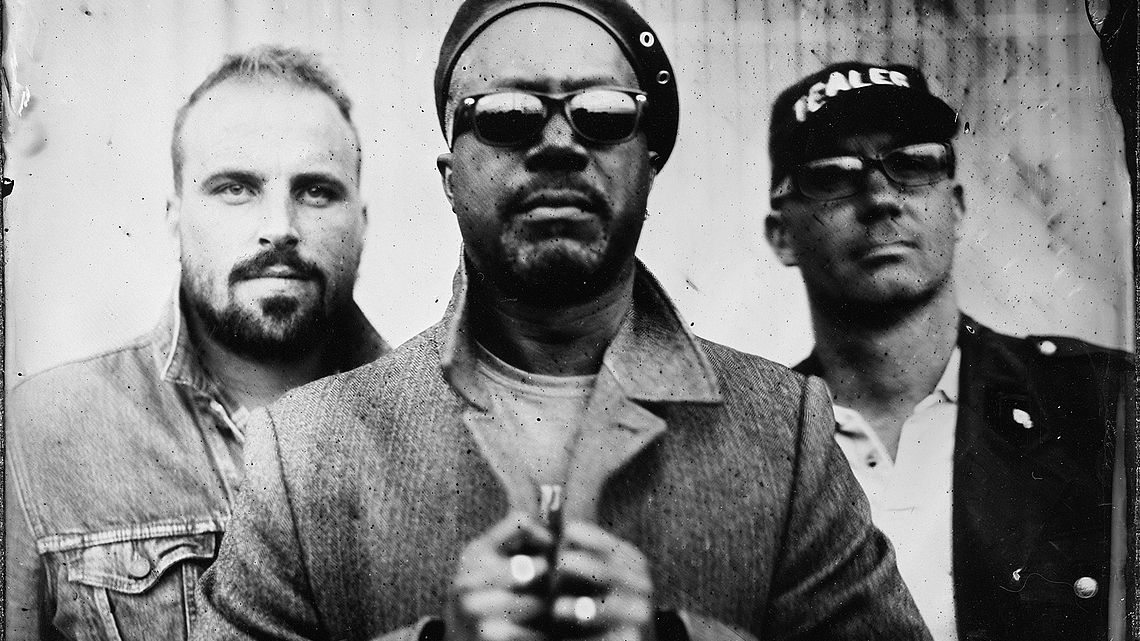 THE FRENCH TRIO LED BY PASCAL DANAË COMBINE THE BLACK KEYS’ RIFFS WITH A FIELD OF LIGHT IN GUADELOUPE. FIERY.

Creole blues. Blues with Creole lyrics. Absurd? Quite the contrary. Seeing their noticeably growing success, you’ll have to get dancing quickly with arms raised, sweaty brow and your pupils firmly stuck to the sky. “Blues flambéd with rum” is how Patrick Danaë likes to describe his gravelly concoction. A raw and fiery French trio with a career at full throttle, Delgrès hasn’t just come out of nowhere: the name refers to a hero from the past who gave the fingers to Napoleon when slavery was re-established in the West Indies. But there’s nothing vengeful in Danaë’s voice, just a lucid and heady sweetness curled up in a Louisiana-made bath of fuzz. A loud tribute to its history that is grimily efficient and built for the stage. To get a taste of its lifeblood, just follow the Mississippi in your mind and listen carefully.