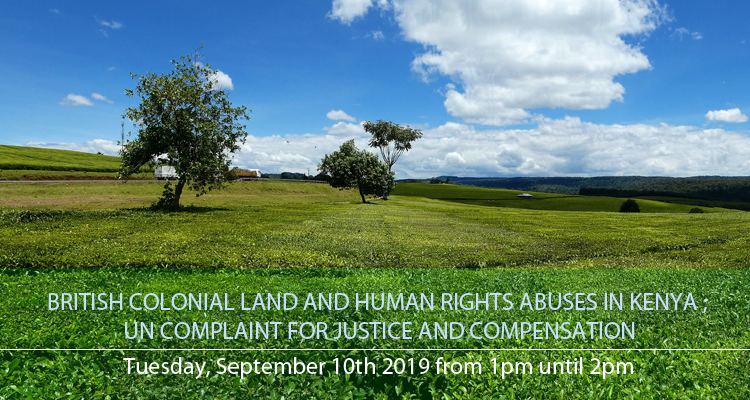 According to the speakers, during the British Colonial era in Kenya, many thousands of Kenyans were brutally and forcefully evicted from their ancestral lands. Countless of those who were dispossessed were tortured, mistreated and sexually assaulted. Their land was given to British individuals and companies and developed into the now very lucrative farms which can be found throughout modern day Kenya.

Kericho County in Kenya, famous for its tea, is according to the speakers one of the most notorious places where colonial abuses were perpetrated and never remedied. Some of the people who suffered those widespread human rights violations are still alive today. Along with the descendants of those who suffered, these surviving victims are now asking for justice and compensation from the British Government.

The legal team representing the victims is also submitting a complaint to the UN Special Rapporteur on the promotion of truth, justice, reparation and guarantees of non-recurrence.