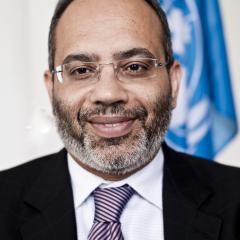 The simplistic narrative about Africa Rising has trumped the possibilities for real structural transformation of the continent’s economies. There is a need to understand context and historical dimensions that have contributed to rent-seeking behaviour made possible by extreme dependence of commodities exports, low fiscal pressure and restricted policy options. In his recent book Africa in Transformation: Economic Development in the Age of Doubt (Palgrave, MacMillan, 2019), Carlos Lopes identifies the major challenges the continent is facing from the need to change politics and governance, to acceleration of industrialisation or more agency in the relations with China.

A Graduate Institute alumnus, Carlos Lopes is Honorary Professor at the Nelson Mandela School of Public Governance of the University of Cape Town, a 2017 Visiting Fellow at Oxford Martin School, University of Oxford and currently a Visiting Professor at Sciences Po, Paris and Associate Fellow at Chatham House. He has served the United Nations in several leadership positions for over 27 years, including Political Director for the late Secretary-General Kofi Annan and Executive Secretary of the UN Economic Commission for Africa. He is a member the Global Commission for Economy and Climate and the African Union reform team led by President of Rwanda Paul Kagame, doubling as the organisation High Representative for Partnerships with Europe. He has authored many feature articles and books on development and African issues.